Corals are marine invertebrates in class Anthozoa of phylum Cnidaria typically living in compact colonies of many identical individual "polyps". The group includes the important reef builders that inhabit tropical oceans and secrete calcium carbonate to form a hard skeleton.

At certain times in the geological past, corals were very abundant. Like modern corals, these ancestors built reefs, some of which ended as great structures in sedimentary rocks.

Fossils of fellow reef-dwellers algae, sponges, and the remains of many echinoids, brachiopods, bivalves, gastropods, and trilobites appear along with coral fossils. This makes some corals useful index fossils that enabled geologists to date the rocks in which they are found. Coral fossils are not restricted to reef remnants, and many solitary fossils may be found elsewhere, such as Cyclocyathus, which occurs in England's Gault clay formation. 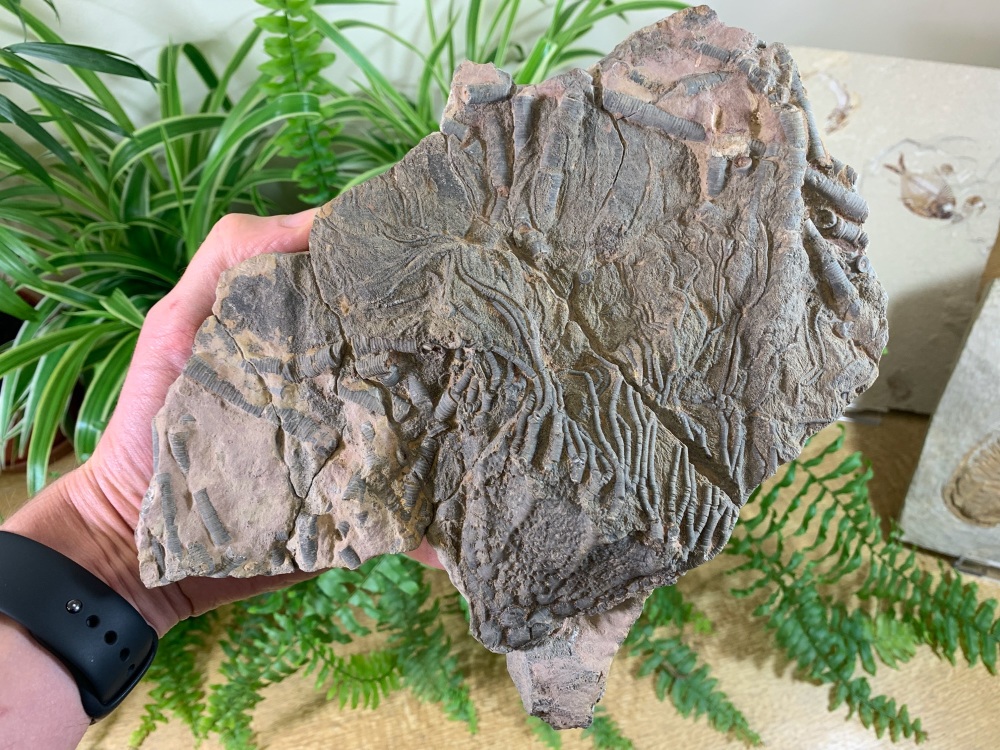