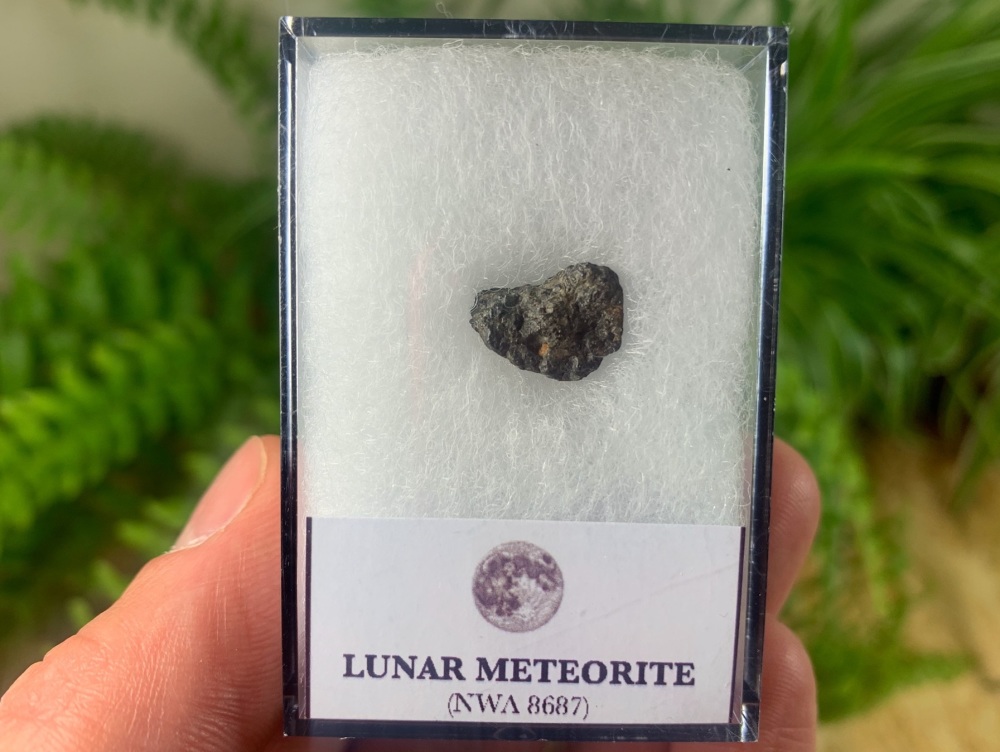 This meteorite was discovered in 2014 in Northwest Africa, a total of 563 grams was found.  NWA 8687 is classified as a granulitic, troctolitic breccia.

A troctolite is an accumulation of crystals, which form as magma is slowly pushed up to the surface; granulitic means that its texture has been partly recrystallized by impact heating; a breccia is a rock composed of broken fragments cemented together by pressure or impact.

Study of Lunar meteorites such as Northwest Africa 8687 help us gain a clearer understanding our closest cosmic companion.  At some point this rock was propelled from the surface of the moon by a meteorite impact, shooting it into space and on a trajectory that would eventually bring it to planet Earth.

This meteorite comes labelled and stored in an acrylic case with padding.