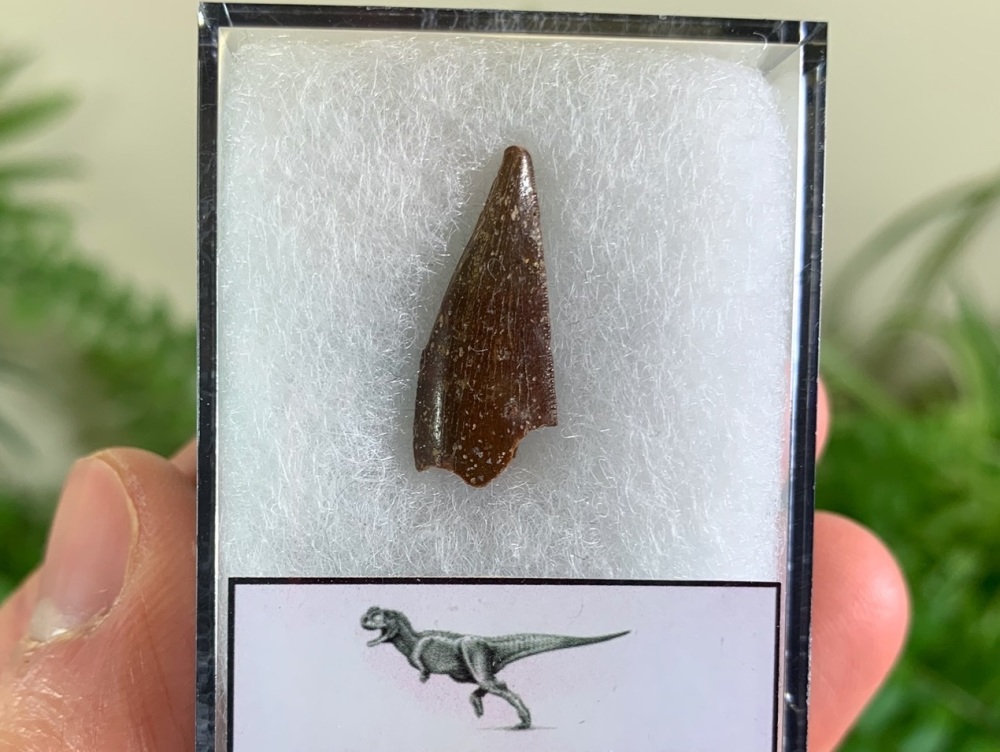 This tooth has some heavy feeding wear along one edge, giving it an odd, distinct shape. Comes labelled and stored in an acrylic case with padding.