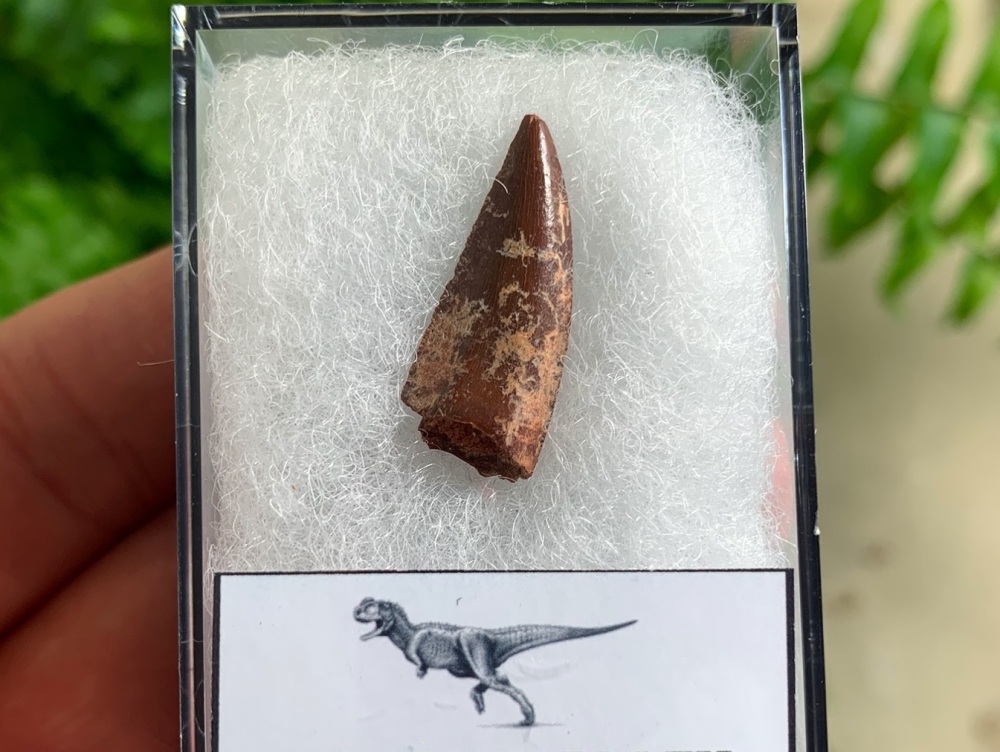 A large tooth with some nice serrations and some plant root etching on the enamel. Comes labelled and stored in an acrylic case with padding.