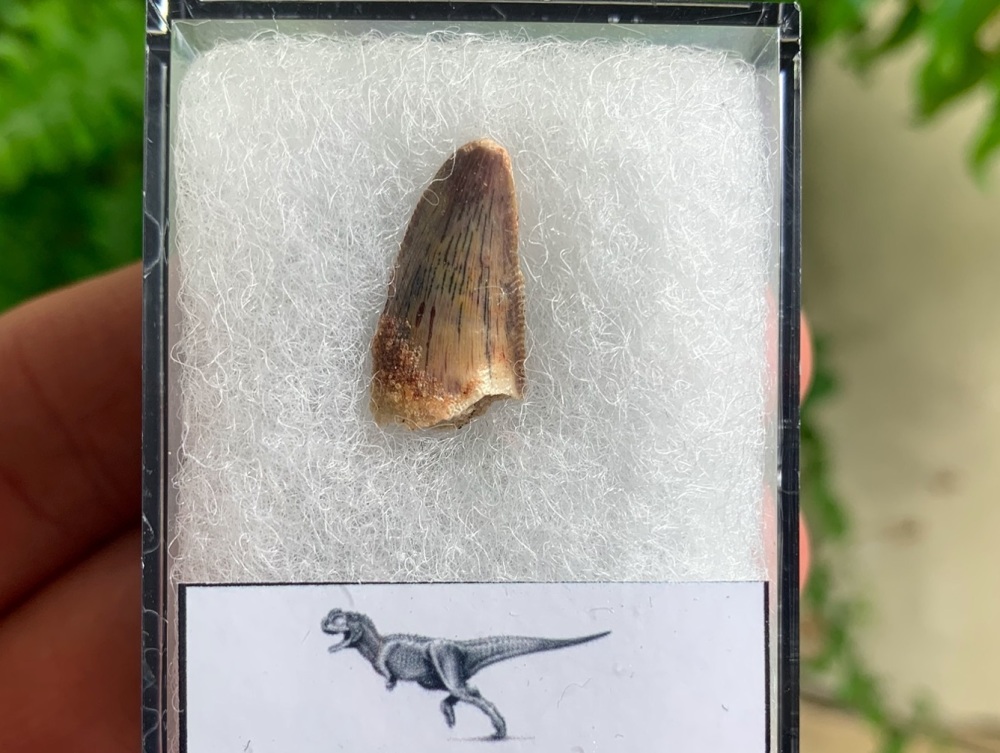 A good sized tooth with a bit of wear, but in overall good condition with nice enamel. Comes labelled and stored in an acrylic case with padding.