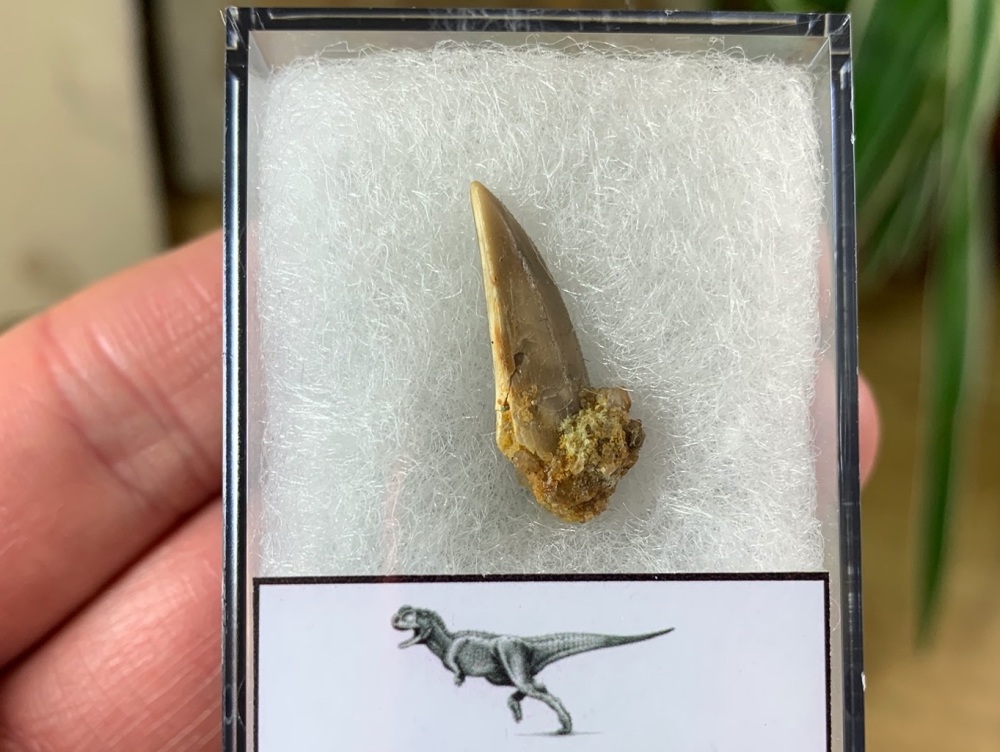 A nice tooth with some strange wear to the distal edge, I'm not sure if it's natural feeding wear or a break.  Also features a repair. Comes labelled and stored in an acrylic case with padding.